Stages of a Typical Civil Lawsuit in Colorado: What to Expect

The biggest questions you may have when it comes to involvement in a civil lawsuit is: how long is this going to take? How much will this cost? Most of the time, frustratingly, the answer is the oft cited “it depends.” Why is that?

Generally speaking, there is considerable variability with how long a lawsuit may last depending on certain legal issues, factual discoveries, and the decisions the litigants make. And, as of a couple years ago, now we know what global pandemics can do to court dockets. These things affect timing, unknown complexity, and ultimately make it difficult (impossible) for a lawyer to accurately “guesstimate” how long the lawsuit will take and how much it will cost.

This stage covers the few weeks (sometimes months) after you hire an attorney. Once you have explained your issue to the lawyer and the lawyer has agreed to take your case, there is ample preparation to do before any court documents are filed.

In conclusion, the pre-filing stage is one of the most important stages for your case because without thorough review of the evidence, potential claims, and court jurisdiction, your case may be thrown out, wasting your time, money, and emotional bandwidth. On the defense side, absent a thorough review of the facts, you may be missing out on opportunities for early dismissal of the case.

It has been a few weeks, and your attorney has done the requisite research on your potential claims as well as where would be appropriate to file suit [if you are suing someone else] or how best to defend against someone else's lawsuit [if you are being sued]. At this point, it is time to start drafting the initial pleadings. Your lawyer will write up either the “Complaint” or the “Answer,” which will be the first legal document for your case. It will contain the facts, as you have iterated them, and then allege the violations of the other party and/or deny the other party's allegations leveled against you. A complaint and summons must be physically served on the other party by a person who isn't part of the lawsuit, typically a professional process server. This is the legal system's way of notifying the other side that a complaint has been filed against them and they need to show up to court to defend themselves.

Once the complaint and answer have been filed, the case may be considered “at issue,” or ready to proceed to case management and discovery.[4] The judge may order mediation right away, or have the parties call in for a case management conference to discuss the litigation timeline, set trial, set discovery rules for the case, etc. At this point, you may have a better idea how long the litigation will last. You may finally have a trial set on the docket.

This is likely going to be the most time-consuming stage for your attorney as the discovery process can be extremely arduous and cumbersome, sometimes taking up to and over a year. However, if your case is in a lower court, like county court, you may not even have discovery.

“Discovery” is an information-gathering process set forth in the rules of civil procedure that helps ensure that, come trial day, both sides are prepared to make detailed and informed arguments concerning your alleged injury. This means getting the other side to admit certain facts (Requests for Admission, or RFAs), provide you with certain documents (Requests for Production of Documents, or RFPs), and answer certain questions (Interrogatories). All the while, the other side will be doing the same to you. This is an information sharing stage, and the goal is to get everyone equally knowledgeable about the facts of the case.

Another important aspect of the discovery process is conducting depositions and subpoenaing potential witnesses. A “deposition” is an official proceeding outside of court; it involves both sides, their lawyers, and anyone who has actual knowledge about the facts surrounding your claim. More than likely, you will be deposed to speak on your version of events. In addition, eyewitnesses such as paramedics who arrived at the scene of an accident, establishment owners, doctors, experts, other witnesses to the incident, and anyone else that can be linked to your lawsuit may be of interest during this phase. Each deposition can take several hours or a full day. Scheduling a time and place that works for all parties can be difficult, and this issue may draw out the length of the discovery period.

As far as attorney time and cost is concerned, discovery can become one of the most expensive and time consuming phases of the case, but is widely seen as the most crucial. Once the facts are known, and discovery dies down, a settlement is usually reached.

During or toward the end of discovery, your attorney or the other party's attorney may file a motion for “Summary Judgment.” This means that, with all of the information in hand, a party feels that the facts agreed upon by both sides lead to an undisputable victory on a certain claim. If they so desire (and they often do), an attorney can file a summary judgment motion to get one or more of your claims resolved before the trial process even begins. The opposing attorney will get an opportunity to submit a brief opposing the grant of summary judgment, and sometimes the judge will have both sides argue in court prior to making a decision.

With trial on the horizon, parties may feel motivated to reach a “settlement.” This is a form of legal resolution that does not involve the judge or a potential jury. Trial is expensive; things like time, hiring expert witnesses, and compensating other witnesses for travel expenses to the courthouse may not be appealing for you (or, alternatively, the opposing party). Settlement is a compromise solely between you and the opposing party (through your attorneys) for the purposes of avoiding trial.

Absent a settlement, other pretrial motions might be filed, such as motions in limine, which ask the court to rule on admissibility of certain materials into evidence prior to the trial.

So, you don't end up settling. The next step in representation will be the trial itself. All of the information you have been gathering over the past few months is ready to be applied in a court of law. Trials can take anywhere from a few days to a few weeks and involve numerous witnesses and expert witnesses. Your attorney will get the chance to directly question witnesses who are testifying in your favor; additionally, he or she will also cross-examine witnesses brought by the opposing side. The opposing counsel will have the same opportunity.

The attorneys will also make opening and closing statements at the beginning and end of trial, and depending on whether the case has a jury, either the jury or the judge will make the ultimate decision of who wins.

The final stage of a typical civil lawsuit involves a “judgment” as well as any motions refuting such judgment. The ultimate decision made as to who wins the case is called a “judgment,” and the judgment can be challenged by a post-trial motion arguing that something went wrong during the trial which makes the outcome unfair. For example, your attorney may file a post-trial motion if the jury wasn't fairly selected or if evidence was unfairly let into evidence/excluded from evidence. You may also consider moving the court for attorney's fees and/or costs upon winning, depending on the situation.

If you find that you are on the losing side after trial or judgment, you may ask a higher court called an appellate court to review the case, and potentially, overturn the decision if the trial court made an error.

If you won a money judgment, you may need to pursue collection remedies to obtain that money from the losing party. See this blog post on collection of judgments to learn more.

Are you thinking about suing or have been sued? Reach out to Volpe Law today to schedule a consultation. We can be contacted through our online form or at (720) 441-3328. Our team of dedicated attorneys are here to listen to your case and identify the best legal options for you.

[1] For a quick comparison of procedure in district court cases versus county court cases, review C.R.C.P. 16 and 26, generally, against C.R.C.P. 316. 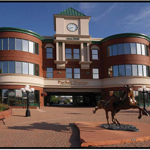